Quote of the moment:

I once killed a man for asking me to help him commit suicide. 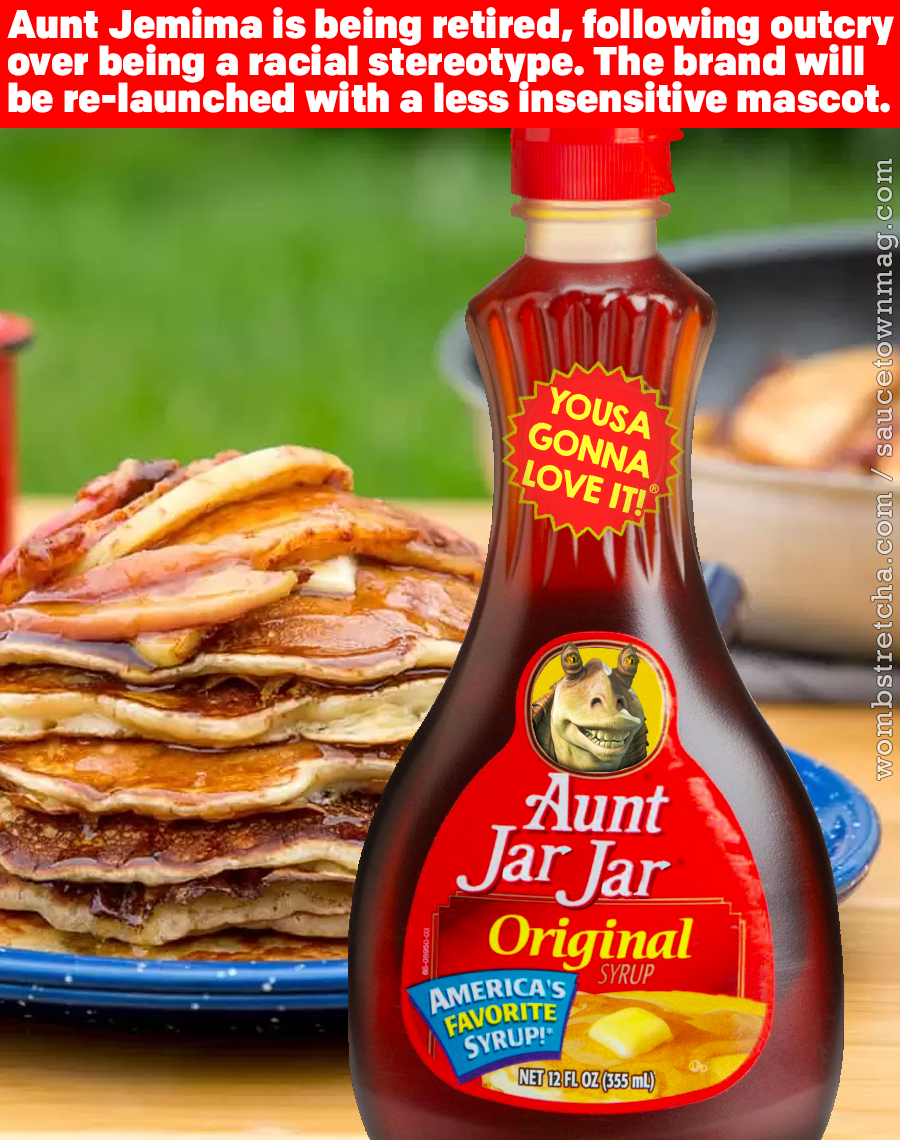 It's a time of tumult and change. People are re-evaluating old institutions and trying to appease a crowd hungry for something new and progressive... and also hungry for pancakes!

Mainstay of the breakfast table, and occasional subject of controversy, Aunt Jemima has presided over flapjacks since 1889, but is now being retired in favor of a mascot who is certain not to offend.