Quote of the moment:

As Aristotle said, "hearing out a poor argument is worse than a kick in the penis," but he wore Greek penis armor at all times, so... 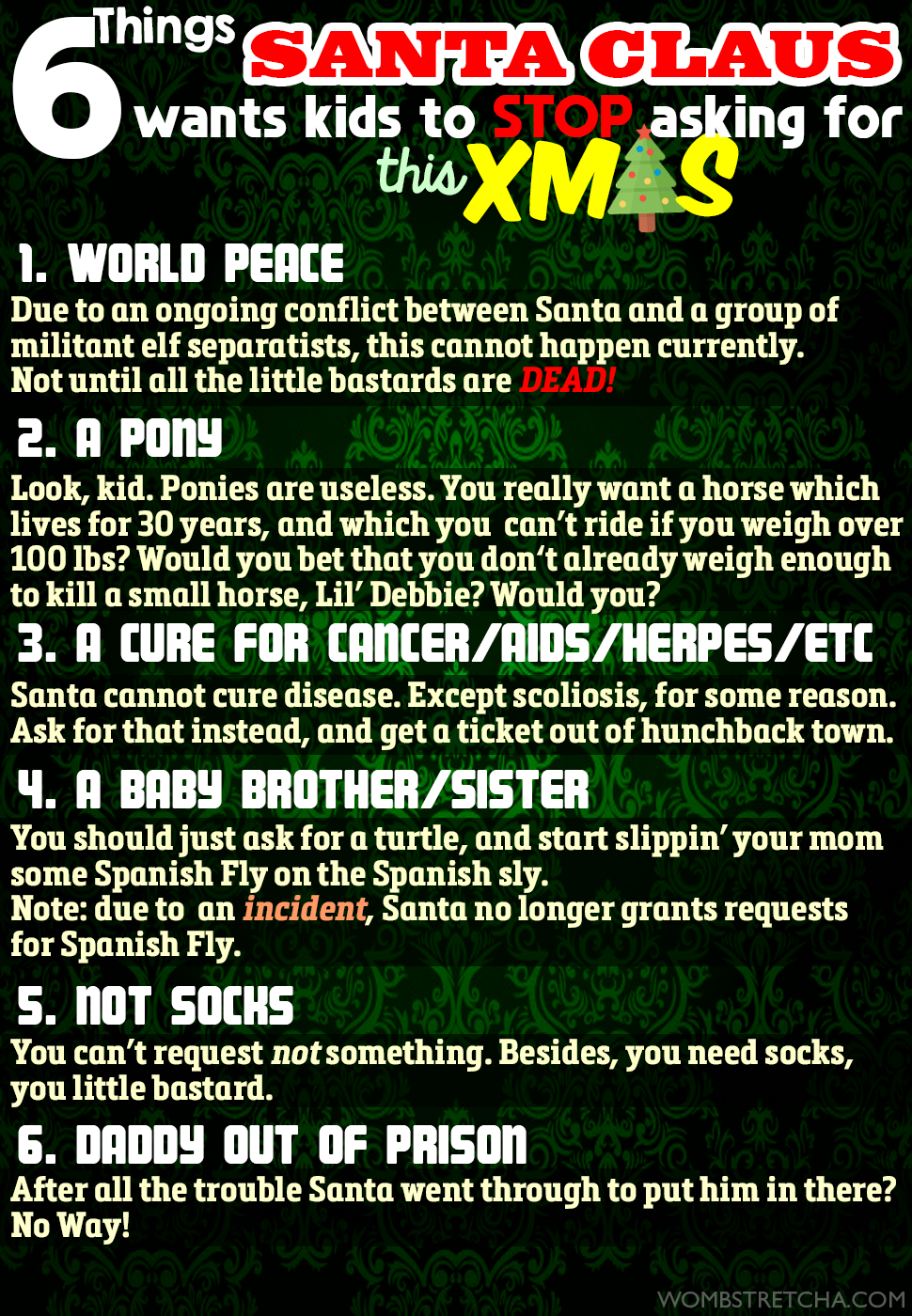 Santa knows a lot about you. Almost as much as Facebook and Google do. But we don't know a lot about him. He gets a lot of the same requests, over and over, and apparently, he's pretty sick of some of them. Read and learn what the fat man dislikes.